Start a Wiki
The unnamed Yard soldier is a character in Say Goodbye to America: Scatter
Soldier 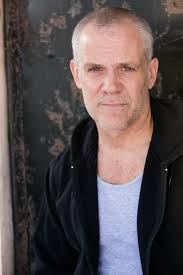 Nothing is known about the soldier's life before the outbreak

While standing against a wall, this soldier is seen by Eddie Hedd. Eddie does not hesitate and kills the man

Retrieved from "https://undeadfanstories.fandom.com/wiki/Yard_Soldier_2_(Scatter)?oldid=207319"
Community content is available under CC-BY-SA unless otherwise noted.