Start a Wiki
Will is a character in Say Goodbye to America: Scatter
Will 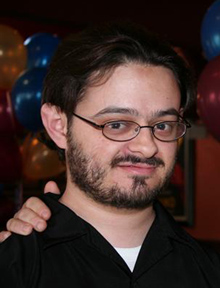 Nothing is known about Will's life prior to the outbreak

At some point, Will joined the O'Connor Compound

Will is seen grabbing Amin Issawi's bag after capturing him and Peanut after the ambush on the way back to the O'Connor Compound. He informs Ozzy that the bag is filled with explosives, which Ozzy lets Will keep. Will later is present when Amin and Peanut are brought in front of Ned O'Connor

Will appears with Ned, Noah and George meeting with Zeke to get the C4. He and Ned walk away discussing the plan

Will first appears driving towards Waterfront with Copper, but they stop a mile out so Will can do his job. Will drives his truck into the Waterfront and sets the C4 to explode, killing himself and others

Retrieved from "https://undeadfanstories.fandom.com/wiki/Will_(Compound)_(Scatter)?oldid=211195"
Community content is available under CC-BY-SA unless otherwise noted.