Start a Wiki
Wendy is a character in Say Goodbye to America: Scatter
Wendy 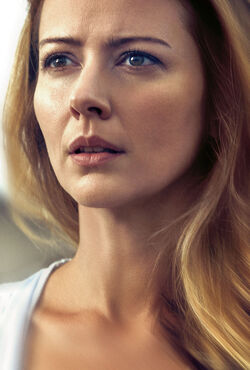 Nothing is known about Wendy's life before the outbreak

At some point, Wendy joined the Yard

Wendy is first seen moving large pallets from Rick Murphy's truck after he returns with others from the Lowe's. She passes by and says hello to Gregory Ames

Wendy is present during the fire pit feast and listens to Brooks tell his story. When the biters attack the Yard, Wendy fights for a bit, but is eventually overpowered and devoured. She is later put down by Craig Wing

Retrieved from "https://undeadfanstories.fandom.com/wiki/Wendy_(Scatter)?oldid=209415"
Community content is available under CC-BY-SA unless otherwise noted.