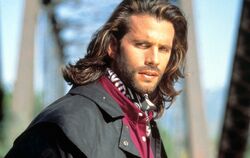 Nothing is known about Victor's life before the outbreak

At some point, Victor joined the O'Connor Compound

Victor is first seen with Asher Praedo and Peanut with a plan to release Eli Wilson, Kevin, Basil and Cole after the death of Samuel Tollet. After Hazel makes a comment, Victor decides to help them as well. He asks someone to quite a bound and gagged Karim Fadil before explaining his plan

Retrieved from "https://undeadfanstories.fandom.com/wiki/Victor_Montrose_(Scatter)?oldid=209662"
Community content is available under CC-BY-SA unless otherwise noted.