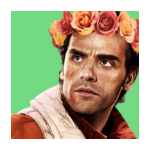 Click the banner to read my story, Surviving, Not Living.

Billie was the first ever character I ever created and I love her so much. She is an amazing, skilled fighter who never got to say goodbye to her loved ones, after the apocalypse struck while she was at University. Billie joined up with a group at a Super 8 motel in Georgia. After being kidnapped by scientists for testing, Billie moved on, with her group, to an airport. Here is where she begun a relationship with Finn, which lasted until his death. Next, she moved on with her group to the Hyatt Hotel in Chicago. The group was under attack by a mad woman named Roxie and her soliders. Ultimately, this lead to her death as Walter, Roxie's right hand man, stabbed her. Billie's reanimated corpse was put down by her best friend, Cole, who is the protagonist of Dead Frontier.

Also, Billie participated in the UFSW Hunger Games. She was responsible for the death of Kim Coleman from Extinction and PJ Shamp from Eden Rising. However, Billie was murdered by Ash Bolio from Eden Rising. She received eleventh place.

Billie is portrayed by The Hunger Games star Jennifer Lawrence.

Last Appearence: Her - Issue 140. Billie appeared in a flashback.

Molly is a family girl. She was a nursery teacher before the apocalypse and caught the flu. While she was at a hospital in Tonopah, Nevada, the apocalypse stroke out. It seems that Molly has gotten back to full health and is now in charge of the food distribution. After giving Elise and Sam more food than their rations accounted for, just for being nice, Steve thought it was unfair and threatened Molly. He later approached her with a gun. Finally discovering her power, Molly manipulated the weather and killed Steve, using the lightning. Eventually, Molly's safeplace was overrun by zombies and she fled the city hall with Elise, Alex, Kenny, Alice and Graham. Her current status is unknown.

Molly is portrayed by Doctor Who star Jenna-Louise Coleman.

After being spoiled rotten as a child, most wondered how Maia ended up as an air hostess. The apocalypse broke out while she was on plane 012F from Shanghai, China to Calabria, Italy. After ignoring many calls for help, the plane landed to find a destoryed world. The people on the flight grouped up but they soon left or died. Things fell apart and, just over the french border, Maia left the group. Maia originally intended to find Eden, after hearing its readio broadcasts but gave up hope. Eventually, she joined Nico Francesci's farm in the UK and chose to follow religion in order to see the good in people.

Maia is portrayed by One Tree Hill actress Sophia Bush.

Stories I Read and Favourite CharactersEdit

Radiation is the story of survivors in a small suburban town. However, the radiation that has caused the dead to rise, has given a select few special powers.

Eden Rising begins with Tom Snyder and his struggles. With the death of his first wife and the breakdown of the marriage with his second, Tom had been through a lot. Then, the apocalypse began. Season 4 introduced a whole new group of survivors at a farm in the United Kingdom - led by Nico. After hearing broadcasts from Eden, where the remains of Tom's group are surviving, Nico's group set off.

Bobby's mother fell pregnant two months before the beginning of the apocalypse. Against all odds, she managed to survive and give birth to him, with the help of her friend Sarah and step-daughter Millie. But, both Bobby's mother and father tragically died only a few hours after the birth, leaving him, Sarah and Millie all alone. Bobby has no idea what happened to his parents, is it really for the best?

Retrieved from "https://undeadfanstories.fandom.com/wiki/User:Headaches?oldid=204194"
Community content is available under CC-BY-SA unless otherwise noted.