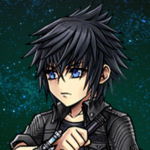 Bureaucrat Founder
3,711 Edits since joining this wiki
April 1, 2012
3 Discussion posts
Hello, folks! My name is Hallowseve (often called Hallows for short). I'm a wiki editor and owner/creator of this wiki. Please note that I'm not good at coding or templates. Anyway, how are you doing?

So you want to know a little bit about me, huh? Okay...

I'm a local community theatre and indie actor. Acting is a hobby of mine. I work as a busser at a nearby country club, but I also do a lot of other jobs there. I love meeting new people and I'm always a friendly, easygoing and laidback dude. Feel free to message me on here if you feel like talking.

Not only do I act and work, I also play video games in my spare time. Some of my favorite series include Kingdom Hearts, The Legend of Zelda, Final Fantasy XV, the Sly Cooper, the Jak & Daxter, Uncharted, Super Mario and many more. Another hobby of mine that relates to gaming, is the vast collection of video game soundtrack I have.

When it comes to music, it all depends on my mood. I go through phases. Right now I've really been listening to Ed Sheeran, Shawn Mendes, Charlie Puth, Niall Horan, Liam Payne, the Chainsmokers, Nico & Vinz, Coldplay, Khalid and some assorted EDM songs by Zedd and one by Martin Garrix. However, I also enjoy hip-hop and R&B. I really like hip-hop that has a good meaning behind it or all around lyrical (examples: Kendrick Lamar, Logic, J. Cole, ect).

I don't watch a lot of television, but there are a couple of series I really enjoy. I like shows with character development and drama. Currently some of my favorite series include The Walking Dead, The Originals, The Vampire Diaries (which ended), Fear the Walking Dead, The 100 and Riverdale. I also like a few reality shows and occasionally documentaries.

I don't watch too many films either. In fact, I barely go to the movie theater. Of course, I still like to see a good movie here and there. I really like Disney films (too many to count), The Goonies (my #1 favorite), Good Burger (my #2 favorite), Marvel, Star Wars, Indiana Jones and a few others.

Retrieved from "https://undeadfanstories.fandom.com/wiki/User:Hallowseve97?oldid=206300"
Community content is available under CC-BY-SA unless otherwise noted.