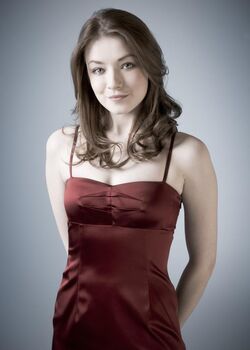 Tracy Long is a character in Say Goodbye to America: Scatter

Nothing is known about Tracy's life, except that she was an elementary school teacher

At some point, Tracy became one of the founding members of the Apex community

Tracy appears with Jenny, Elizabeth, Matt and Garrett talking about the mission to the mall when Phillip and Aaron return

Tracy is among those who joins the mission to the mall. She shops at the shoe store with Aaron Meyer and is seen killing a walker with a high heeled shoe

Tracy is seen in the shoe store with Aaron attempting to kill a horde of walkers. She is ultimately taken out by the with several bites to the neck and arm and is subsequently devoured

Retrieved from "https://undeadfanstories.fandom.com/wiki/Tracy_Long_(SGTA)?oldid=207974"
Community content is available under CC-BY-SA unless otherwise noted.