Start a Wiki
Traci Jones is a character in Say Goodbye to America: Scatter
Traci Jones 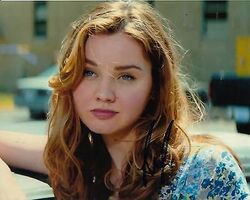 Nothing is known about Traci's life before the outbreak

At some point, Traci joined the Waterfront Community

Traci is first seen working under Leo Henderson at the Wiggins Outpost. When the group is attacked by the O'Connor Compound, Traci radios to Nate Demarco and Stan to send reinforcements

In the aftermath of the attack on the Wiggins Outpost, Traci and the others return to Waterfront

Retrieved from "https://undeadfanstories.fandom.com/wiki/Traci_Jones_(Scatter)?oldid=211066"
Community content is available under CC-BY-SA unless otherwise noted.