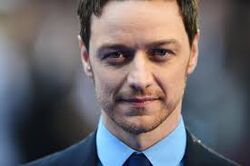 Nothing is known about Tim's life before the outbreak

At some point, Timothy joined the Apex communtiy

Tim, along with Fish and Jack, talk to Eric, Todd, Garrett and Hannah about the new living arrangements at Jenny's party

Timothy is seen with Todd, Phillip and Fish discussing plans for leaving for the mission to the mall. He asks that he instead be called West and not Tim.

Tim, now known as West, is set to work "crowd control" within the mall with Dimitri. When he, Nathan and Eli Wilson are surrounded by walkers, West takes Eli back after the latter is bitten.

West, along with his brother, Todd and Phillip, are held at gunpoint by Gregory's group. Spencer, in retaliation for Lulu being stabbed, shoots West in the gut. As the groups disperse, West is in the back of the U-Haul with Fish and Phillip, before ultimately succumbing to his gunshot and dying. His brother puts him down

Retrieved from "https://undeadfanstories.fandom.com/wiki/Timothy_West_(SGTA)?oldid=207390"
Community content is available under CC-BY-SA unless otherwise noted.