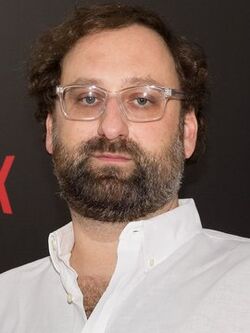 Nothing is known about Thomas's life before the outbreak, except that he was married

At some point, Thomas became a cook under the command of General Joseph Haynes

Thomas is first seen with Hacky Sack in the Mess Hall whipping up sloppy joe's when Arthur Monroe walks in ordering two for himself and Pablo Jimenez. Thomas and Hacky have a good laugh about the Thomas's wife. He is also seen serving sloppy joe's to Craig Wing and other arrivals from the Yard. Although unseen, it is confirmed Thomas survived the biter attack and escaped with the other survivors

Retrieved from "https://undeadfanstories.fandom.com/wiki/Thomas_Posey_(Scatter)?oldid=211060"
Community content is available under CC-BY-SA unless otherwise noted.