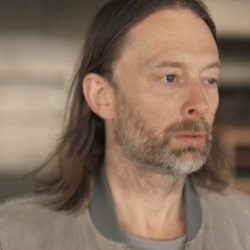 Nothing is known about the Wanderer's life before the outbreak

At some point, The Wanderer met Todd Andrews on his way North to the Great Lakes somewhere in West Virginia

The Wanderer is first seen sitting by himself eating breakfast when Todd Andrews approaches him asking for company to enjoy breakfast with. The Wanderer initially does not answer Todd's questions, refusing to reveal his name but does tell Todd he is heading North. He kills a biter heading their way before dragging the body to mask his and Todd's scent as he continues to eat. He later listens to Todd's story about his initial few months in the apocalypse when the latter sees a zombified Mark Masterson but does not put him down. Later, the pair clear a house and the Wanderer watches as Todd is bitten on his hand by an undead child. The Wanderer kills the biter then quickly cuts off Todd's hand before the latter passes out

Retrieved from "https://undeadfanstories.fandom.com/wiki/The_Wanderer_(Scatter)?oldid=209314"
Community content is available under CC-BY-SA unless otherwise noted.