Start a Wiki
Tara is a character in Say Goodbye to America: Scatter
Tara 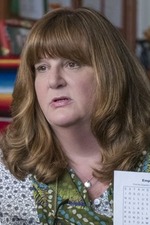 Nothing is known about Tara's life prior to the outbreak

At some point, Tara joined the O'Connor Compound

Tara is seen tying up Amin Issawi and Peanut after ambushing their group in a clearing. She later joins Darren to follow the group at Wiggins Outpost and the pair head towards the Waterfront

Tara is seen with Julia Sabre, Creighton, Copper and Hogan in the cafeteria when Clove runs in

Tara will appear in this episode

Tara will appear in this episode

Retrieved from "https://undeadfanstories.fandom.com/wiki/Tara_(Scatter)?oldid=211221"
Community content is available under CC-BY-SA unless otherwise noted.