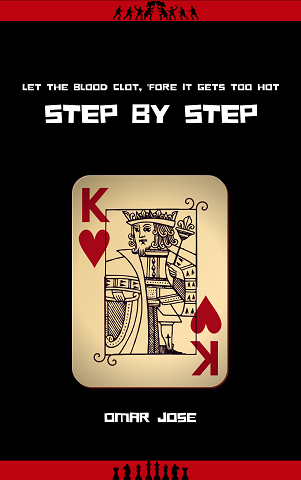 Step by Step is an apocalyptic horror story written by Zedhead22.

In the midst of a compilation of murky waters called politics, an underlying factor slowly creeps into the souls of humanity. In the foundations of the disease's effects, it is brushed off as a weak, pathetic flu. Then, the first recorded case of the sickness dies. The undead masses are walking. The governments of the world are quick to crumble, dragging society down with it. Armies are left to take the responsibility of clearing up the mess, but they have underestimated the forces of the undead, and are quickly finding out that they're up for a much harder fight than they'd imagined. Being forced into the sprawling city of Indianapolis, brimming with undead, they are forced to do anything in their power to survive and get from one location to another, taking it Step By Step.

Step by Step has been featured in the following stories:

Retrieved from "https://undeadfanstories.fandom.com/wiki/Step_by_Step?oldid=210230"
Community content is available under CC-BY-SA unless otherwise noted.