Start a Wiki
Sharissa is a character in Say Goodbye to America: Scatter
Sharissa 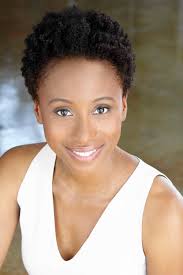 Nothing is known about Sharissa's life before the outbreak

At some point, Sharissa joined the Waterfront Community

Sharissa is first seen taking Connor's gun after he is shot and killed by Aaron Meyer. She approaches Emil and Nathaniel to get them to help Harrison, but they stay anyway. She is later seen shooting Miranda in the head before being shot in the foot herself. She is one of the final eleven rebels left alive

Sharissa appears during the meeting in the theater, asking if it is safe to sleep at night if the survivors from the O'Connor Compound could attack at any time

Sharissa appears with Nate Demarco, Milo, Luka, Jed Armitage and Robert working the soil to plant before their guard shift. She is killed when Will drives a car bomb into the group of them

Retrieved from "https://undeadfanstories.fandom.com/wiki/Sharissa_(Scatter)?oldid=211196"
Community content is available under CC-BY-SA unless otherwise noted.