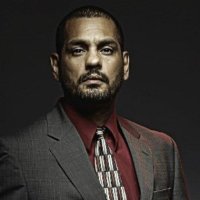 Nothing is known about Santiago's life before the outbreak

At some point, Santiago joined the Apex community

Although not credited, Santiago appears throughout Season 1 in the background, such as Jenny's party in "Others"

Santiago appears with Dimitri, Nathan and Meredith firing on the Yard soldiers. He is later joined by Sean Moreland, Gavin Foxx, Leo, Aaron Meyer and Eddie Hedd. He is present when Gregory Ames shoots and kills Meredith and flees.

Santiago appears in Jenny Hanson's house during her meeting. He is seen opening the door for Leo Henderson, Ruben Eastview and Ray.

Santiago is seen with the rest of the construction crew working on the half-built church. He loses his grip on the ladder and is left dangling before Sean and Gavin are able to help him back down. Because of this rush, he urges the rest to get back to work

Retrieved from "https://undeadfanstories.fandom.com/wiki/Santiago_Montoya_(Scatter)?oldid=208813"
Community content is available under CC-BY-SA unless otherwise noted.