Start a Wiki
Sandy is a character in Say Goodbye to America: Scatter
Sandy 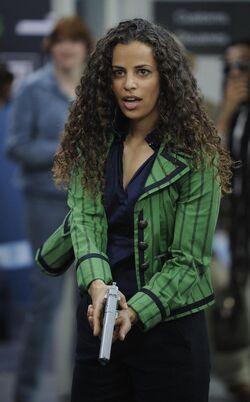 Nothing is known about Sandy's life before the outbreak

At some point, Sandy joined the Waterfront Community

Sandy is first seen firing upon Apex survivors, where she is shot in the shoulder by Ruben Eastview and drops her weapon. After the shooting stops, she is questioned by Arturo Vazquez about her being a rebel, and is taken away to a cell. She is later seen with Troy and two other rebels noticing a beeping coming from Troy's jacket. The four of them are instantly blown up by Harvey to start stage 3

Retrieved from "https://undeadfanstories.fandom.com/wiki/Sandy_(Scatter)?oldid=209552"
Community content is available under CC-BY-SA unless otherwise noted.