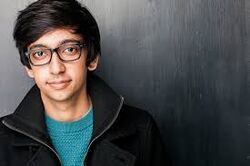 Nothing is known about Samuel's life before the outbreak

At some point, Samuel joined the Yard

Samuel is first seen sitting at a picnic table with Lewis, Julian, Max, Anthony and Daisy Montgomery discussing the upcoming attack on Apex. He is later seen with Cosmo Murphy at target practice, who tells him to rest the rifle on his left shoulder for his left-eye dominance

While not explicitly seen during the battle at Apex, Samuel is seen later with Kevin in the woods discussing how and what they'll do if they get back

Samuel is seen with Kevin in North Chatham Elementary, arguing about not having a place back at the Yard. The pair then meet Cole and Basil, Apex survivors. After revealing Kevin and Samuel attacked Apex, Basil reaches for his gun before Cole tells them to talk it out

Samuel is seen with Kevin, Basil and Cole walking down the road when they are approached by a vehicle and are seen putting their hands up

Samuel is seen in the O'Connor Compound prison cells when Eli Wilson of Apex is brought in. He watches as Eli attacks the cook, Thomas Packer and is subsequently taken away

Samuel is seen talking with the other prisoners about Eli's outburst. He is taken outside the cells when Dave O'Connor makes Noah choose someone

Although not physically present, Eli explains how the food the prisoners are eating is actually Samuel, and causes an uprise in the cells

Retrieved from "https://undeadfanstories.fandom.com/wiki/Samuel_Tollett_(Scatter)?oldid=209674"
Community content is available under CC-BY-SA unless otherwise noted.