Start a Wiki
Ryo Osaka is a character in Say Goodbye to America: Scatter
Ryo Osaka 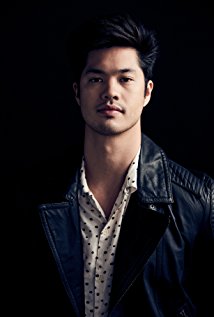 Nothing is known about Ryo's life before the outbreak

At some point, Ryo joined the Yard

Ryo is first seen around the fire pit during the vote. He is one of the four, along with Max, Jane Byron and Adam McGill to vote to leave the Yard. He is later seen leaving on a supply run

Ryo enters the Lowe's with the others and heads for the tools. When Adam walks up to him and asks if he remembers the plan, Ryo sighs and agrees. He later negates what he said earlier and tells Adam to go if the latter wants, but Ryo decides to stay at the Yard. Ryo then gets in the truck to go back to the Yard

Ryo is seen talking to Jane

Ryo is seen during the fire pit feast listening to Brooks's story. Later, during the biter invasion of the Yard, Ryo takes out the first biter by throwing a knife into it. He, Daniel Chance and Adam fight together for a while before helping Craig Wing out. In the aftermath, Ryo puts Jane down

Retrieved from "https://undeadfanstories.fandom.com/wiki/Ryo_Osaka_(Scatter)?oldid=209362"
Community content is available under CC-BY-SA unless otherwise noted.