Start a Wiki
Roselyn is a character in Say Goodbye to America: Scatter
Roselyn 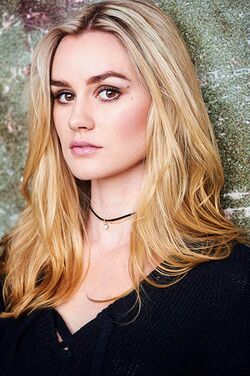 Nothing is known about Roselyn's life before the outbreak

At some point, Roselyn joined the Waterfront Community and became a rebel under Cassius Killian

Roselyn is first seen with Cassius, Harvey and Byron, where they plan on killing Sean Moreland, Gavin Foxx and Sylvester Nelson before retreating. She is later seen fighting Milo, Elijah Fitzgibbons, Katie Robertson and others before making their way to the armory. She is last seen with Byron and Art holding Waterfront and Apex soldiers at gunpoint

Roselyn appears with Cassius Killian, Harvey, Art, Harrison and Byron holding Katie and Milo at gunpoint. When Jenny Hanson fails to move fast enough, Roselyn shoots Katie in the head. She is later shot by Jenny in a trick play

Retrieved from "https://undeadfanstories.fandom.com/wiki/Roselyn_(Scatter)?oldid=211109"
Community content is available under CC-BY-SA unless otherwise noted.