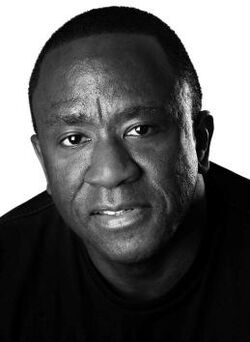 Nothing is known about Roscoe's life before the outbreak, except that he was a Colonel in the U.S. Army stationed in North Carolina

Roscoe is first seen when the group from Apex arrives at Wilson Memorial Hospital and Research Center hiding around a corner before heading down a flight of stairs. Later, he is seen with Dr. Hollis Echlain, Dr. Aidan Stockdale, Pvt. Pablo Jimenez and Pvt. Charles Pinkley. He watches as Hollis's experiment begins and ultimately failed. He later watches as Cpl. Jeff Lever brings out Luka, who was watching from afar

Retrieved from "https://undeadfanstories.fandom.com/wiki/Roscoe_Jefferson_(Scatter)?oldid=209247"
Community content is available under CC-BY-SA unless otherwise noted.