Start a Wiki
Ronnie is a character and a tertiary antagonist in the second season of Say Goodbye to America: Scatter
Ronnie 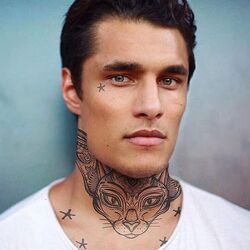 Nothing is known about Ronnie's life before the outbreak, except that he was a marine sniper

At some point, Ronnie joined the Waterfront community

Ronnie is first seen with Ivan Petrova ascending the clock tower during the Midnight Rebellion, carrying a high power sniper rifle. The pair talk while Ronnie aims at the people down below, killing at least one. He is later seen firing on others before being killed and falling out of the tower

During the Midnight Rebellion, Ronnie fires upon Nate Demarco, Barney Munson and Arturo Vazquez, but is ultimately killed by gunfire from Phillip James's group

Retrieved from "https://undeadfanstories.fandom.com/wiki/Ronnie_(Scatter)?oldid=208517"
Community content is available under CC-BY-SA unless otherwise noted.