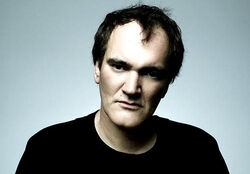 Rick Murphy is a character in Say Goodbye to America: Scatter

Nothing is known about Rick's life before the apocalypse

At some point, Rick and his son Cosmo joined the Yard

Rick, along with his son, are with Gregory outside of Lake Crabtree.  The pair are puzzled by Gregory's question of what the random smell is that is permeating the air.  Rick comments that it is rather sweet.  He later appears at the Target with Gregory's crew and runs in with Liam and Richardson, but only he and the former come out alive

Rick finds the Target with Gregory, Gavin and Colin.  He is present when Gregory decides that they should attack the next day

Rick appears with Gregory as the latter exits Niklas's tent. He tells him who he has gathered for their trip to the Target and leaves with Gregory. He is present during the Massacre at the Target. Later, he is the one who tells Gregory that there are too many to take on and is the first to run back towards their camp

Rick appears when he returns with the others from the Target. He looks for Cosmo, who was supposed to be on guard duty earlier in the day. He is later present at the fighting ring when Sean Moreland kills Avi and is exiled

Rick appears sliding out of Gregory's truck at the mall with Cosmo, Lottie and Margot. He enters the mall and joins Izabel and Miles in the Abercrombie and Fitch store

Rick accompanies Gregory and the 'B' Squad to follow up on the screams heard in the mall. He is present when Lulu is stabbed and Timothy West is killed. He is later seen fleeing the mall

Rick sits alongside Gregory, Brooks, Lottie and Cosmo on the journey home. He later arrives driving another car to pick up Spencer, Nils, Izabel and Julian for the rest of the journey home after the latter four crash

Rick appears with Brooks, Spencer, Nils and Maine Ryan watching Train take watch in Apex, discovering the community. As they are about to leave, Rick watches as Brooks shoots Maine and leaves him for dead

Rick is seen training soldiers with Cosmo for the upcoming attack on Apex. He trains Alexander and Bo, as well as others, while Cosmo takes care of two more.

Rick appears during the attack on Apex, during which he shoots and kills Bailey while causing Basil and Cole to crash with her. He is then shot in the shoulder by Train. He is later seen leaving with Gregory, Lottie, Brooks and Marcellus

Rick is seen with Brooks and Gregory

Retrieved from "https://undeadfanstories.fandom.com/wiki/Rick_Murphy_(SGTA)?oldid=209283"
Community content is available under CC-BY-SA unless otherwise noted.