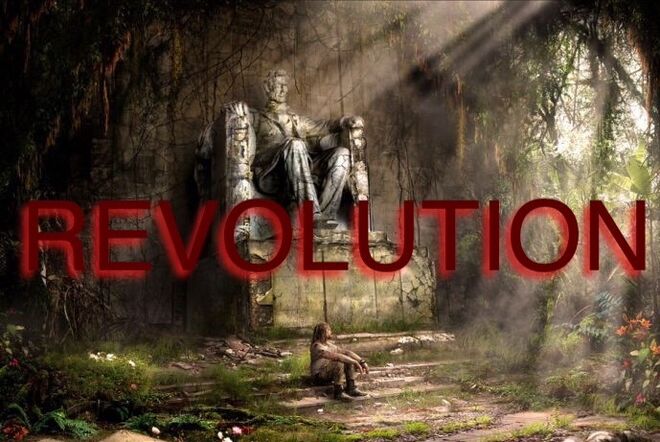 Say Something - A Great Big World

Revolution is a drama, horror, action story by TheDarkHood. The story follows Slade Lintzeris and his niece Sheydin, originally a loving family man turned to a ruthless survivor and a twenty two year old girl, 20 years after the initial outbreak was caused by an unknown virus. Since then humanity has been struggling with survival during a revolutionary war.

Year: 2025. Population died during when virus escaped: 85% of the world. Years since Outbreak: 20 years

20 years after a parasitic virus released into the atmosphere and the environment left the world in ruins, almost all of humanity is dead. With the military having shut off access to all safe-zones and revolutionaries preparing for war, everyone outside is left in a desperate struggle for survival.

Slade Lintzeris is one of the survivors, to be a co commander in the millitary servey ops; he's intelligent, masterful at combat while he possesses heroism and leadership skills, which has made him famous for his profession. However alongside his niece Sheydin who is a high ranking in the servey corps along with her uncle, Slade. as he protects her and always has each other's back. As tensions grow as the revolutionary war goes on, as takes them and other allies on their journey across the United States and country as it will lead them to the ultimate truth of what caused the outbreak and why, as they face danger ahead.

Retrieved from "https://undeadfanstories.fandom.com/wiki/Revolution?oldid=151935"
Community content is available under CC-BY-SA unless otherwise noted.