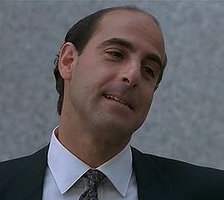 Ray is a character in Say Goodbye To America: Scatter

Nothing is known about Ray's life before the outbreak

Early on, Ray joined the Apex community and became the leader of the Construction Crew

Ray first appears with Warren Smith, Paul and Tim after Scott calls him up on the walkie talkie and asks for the three men's help.  Ray is not willing to give them up and tells Scott to work his problems himself.  Afterwards, Warren, Paul and Tim leave the Construction Crew, with Ray telling Warren not to return for at least one week.

Ray is present during the service for Judy held in the church.  He is the first person to approach Jenny Hanson afterwards and becomes angry with her for sending Warren, Paul and Tim without his permission.  The two verbally spar over who the true leader is with Ray eventually leaving in a huff

Ray appears when the Target group return. He is deeply saddened by the news of Tim's death and hugs Warren

Ray appears at the construction site when Sean Moreland and Gavin Foxx are introduced to the group. He calls Ruben Eastview, Warren and Scott into his tent because he is not initially happy with Sean or Gavin being in Apex

Ray, along with the rest of the construction crew, arrive in the latter half of the attack on Apex, during which he shoots and kills Alexander. He, Ruben and Leo later run out to check on the car that had flipped during the battle. The three then come across Matt Graham, Sebastián Bernal, Octavio Arévalo and Evan Curtis

Retrieved from "https://undeadfanstories.fandom.com/wiki/Ray_(SGTA)?oldid=207491"
Community content is available under CC-BY-SA unless otherwise noted.