Yeah I Just Don't feel like continuing this story, I just got bored of writing these same people over and over again 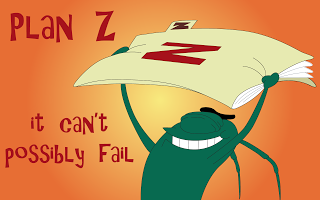 Thirty years after the apocalypse began, The Fort is one of many safe zones standing in the world. With each zone keeping in contact with each other, they all know each other's status. After an increase in biter's breaking into the safe zones, The Fort's leader Lasky Green sends Logan Kent and a group of his top men in The Fort to stop this all, with a plan he has been making since he became leader, Plan Z.

This is Plan Z's Official Gif
Retrieved from "https://undeadfanstories.fandom.com/wiki/Plan_Z?oldid=174886"
Community content is available under CC-BY-SA unless otherwise noted.