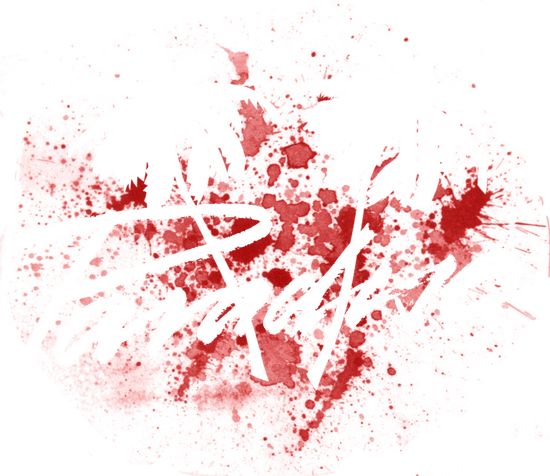 Paradise is an upcoming story written by, GalaxyRemixZ. On October 31st, 2016 in the small village of Glassmill Hallow located in California, all of the decent citizens are exposed to the risk of contagion, ultimately dying and reducing the initial population down to just four young and aesthetically beautiful people - all of whom share something unique in common and are selected on the basis of the bad deeds they performed during the interval between each annual holiday. When an unknown source resurrects the newly deceased, the four survivors must band together and fight off the endless undead horde before sunrise, in order to escape the town that holds them captive... But would death really matter for the plethora of despicable human beings?

"All the once green lands of the earth were no more than ash and charcoal. The air was heavy with the smell of burnt flesh and smoke hung in a haze that partially obscured the blood-red sun. The cities stood like skeletons, barren wastelands, empty now that disease had taken whatever the fire did not. Even the oceans stood still like semi-stagnant pools of death and decay, there were no waves as even the wind had left the earth. The skies were barren, no birds flew or sang, And all the while the oppressive heat rained down like the breath of hell."

• Teyonah Parris as Sheba Okoye - A black feminism and rights advocate, who is a popular and benevolent young woman amongst the townspeople, is also arrested for her violent protests that led to her accidentally trampling a fellow activist to death. Having no family ties whatsoever, she is abandoned by her friends and left to rot in the confined prison cell that only she occupies in the local station.
• Maika Monroe as Liz DuBois - A young prostitute who works part time in the gas station on the outskirts of the village, is kidnapped on her way home from a night in the brothel, where she was trafficked and used as a sex slave by unknown assailants. In order to escape them, she had to kill some of the men by using stock from their weaponry arsenal.
• Penn Badgley as Eliot Greer - A once popular and athletic teenager thriving towards a successful career in sports, goes downhill when he mixes with the wrong crowd and gets thrown into a life of drugs and violence. Nowadays an outlandish and homeless wreck, seeking refuge using any means necessary. Eliot has attacked and critically injured people on the streets who refused his plea for spare change - even accidentally killing a man by pushing him into on-coming traffic.
• Jamie Chung as Audrey Hwang - A very successful fashion designer who owns a high-end company and has an unhealthy obsession with wealthy, youth and immortality, devoting her time with helping out the rich and famous and frowning upon the low life - she resides in the small town, preferring it to city life. She killed a man who she presumed was stalking her home and had the intention of raping her whilst walking through a multi-level car park on her own.

Retrieved from "https://undeadfanstories.fandom.com/wiki/Paradise?oldid=209043"
Community content is available under CC-BY-SA unless otherwise noted.