Start a Wiki
Otis is a character in Say Goodbye to America: Scatter
Otis 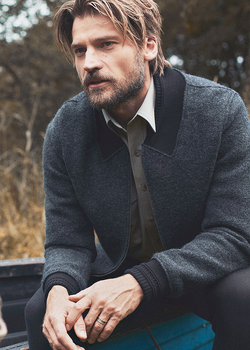 Otis is a veteran of the Persian Gulf war, and when he returned, he was diagnosed with PTSD and became homeless

At some point, Otis joined the Apex community as a member of Leo's group

Otis first appears with Leo and the others outside of a gated community. He is later seen with Meredith in the Target in the dry foods aisle. He later appears when Carl is attacked and bitten by a walker. He is eventually the one to put Carl down

Otis is seen packing boxes and items into cars when he confronts Judy about the amount of wine she has in her car. This angers her to the point where she gets drunk and attacks Leo. He is present when Judy is shot by Brooks and Gregory takes Niklas away.

Otis is among the group that returns to the Target to rescue Niklas.

Otis is seen keeping guard with Dimitri when Leo returns with an unconscious Dex. He is present when Warren, Tim and Paul arrive at the Target

Otis is seen alongside Meredith, Gary and Eric having a cup of coffee inside the Target. He is later seen with Leo, Phillip, Dimitri and Paul suggesting the five rush into the camp to rescue Niklas. He is present when Paul kills Stefan and Gary is shot to death. When they return, he runs inside to get some coffee

Otis is seen when the groups leave the Target complaining about having to leave his car behind. He later drives off with Meredith and Tess. He is later seen with Leo discussing whether it was a good idea to bring Gavin Foxx back

Otis appears when Eddie and Sean Moreland come down from guard duty. He later asks why Niklas and Ruben took so long to return from the Target. As he takes guard position, he is struck in the back of the head with a rock by Phillip, who wants Otis to stay awake. Otis comes down and talks to Todd and Eli before the others leave

Otis stands next to Jenny and asks Todd why Dimitri is driving Tracy's Hyundai, when Todd tells the pair that Tracy had died

Otis is seen with Jenny, Eddie, Aaron Meyer and Leo when they discuss getting Fish and Garrett back from wherever they went. He is with Jenny when they learn from Olivia Graham that Warren was bitten and needed to be put down

Otis is seen at the gate with Jenny, Phillip, Dimitri and Meredith when Gregory Ames fires the warning shot over Apex. He yells to the people from The Yard that the Apex survivors will not leave

Otis is seen firing at the Yard soldiers, shooting Fig in the leg (as well as the gut, which kills him), before being fired upon by Gregory and injured. He is later seen in the infirmary being patched up

Otis is seen in Jenny's meeting

Otis is seen coming out of his house when Niklas stabs Nils in the stomach. He is later in the infirmary when Nils is being operated on

Otis is seen outside Niklas's door when he is locked up for stabbing Nils. He is the first person to talk to him since his "imprisonment". He tells him goodbye as he leaves, unintentionally foreshadowing their conversation as their last

Otis is seen drinking a cup of coffee and taking out trash before he is attacked by an undead Maine. Although he kills the biter, he is bitten on the arm and walks out to get help. He is taken to see Elizabeth Hill and asks for mrophine and for Dex to put him down. Dex obliges and Otis dies nearly pain free

Retrieved from "https://undeadfanstories.fandom.com/wiki/Otis_(SGTA)?oldid=208757"
Community content is available under CC-BY-SA unless otherwise noted.