Start a Wiki
Meredith is a character in Say Goodbye to America: Scatter
Meredith 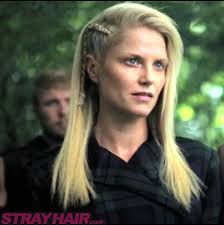 Not much is known about Meredith's life before the outbreak, except that she was raped and abused by her first husband to the point of miscarrage

At some point, Meredith joined the Apex community as a member of Leo's group

Meredith first appears in Leo's group with the others on guard with Niklas. She later is seen at the Target in the dry foods section with Otis. Meredith is later seen helping Carl with Gary after the former is bitten.

Meredith is seen dropping a heavy box into a truck bed before talking to Leo about his shoes. She later angrily confronts Judy about being drunk before they're supposed to leave, and watches as she threatens Leo with a broken bottle. She is later present when Judy is shot by Brooks and Gregory takes Niklas away.

Meredith is among those who joins the rescue mission for Niklas

Meredith is seen checking out clothes with Tess discussing the latter's reason for joining the mission.

Meredith is seen with Otis, Gary and Eric having a cup of coffee in the Target. She later joins the rescue group and joins Tess and Aaron along the road. She talks to Tess about her crush on Niklas. She later sets off the C4 to distract the soldiers at the Yard.

Meredith is seen driving off with Otis and Tess

Meredith is seen with Elizabeth Hill, Miranda, Oliver, Hannah Johnson, Olivia Graham, Doug Santos, Taylor Burns, Jack West, Kendall Standish, Annie McGovern and Dex Hubbard drinking wine and eating crackers and cheese. She is shocked when Miranda brings up the topic of spirit animals, and is on the fence about her animal being a cougar.

Meredith appears with Dex, Olivia and Miranda when Niklas leaves Tess's room. She asks if he had a fun night

Meredith appears when Train and Horace bring Maine Ryan in to fix him up. She is later present with Jenny, Phillip, Otis and Dimitri when Gregory arrives at Apex

Meredith is present during the attack on Apex. She shoots at Yard soldiers throughout the battle, but is ultimately shot in the head and killed by Gregory

Retrieved from "https://undeadfanstories.fandom.com/wiki/Meredith_(SGTA)?oldid=207403"
Community content is available under CC-BY-SA unless otherwise noted.