Start a Wiki
Max is a character in Say Goodbye to America: Scatter
Max 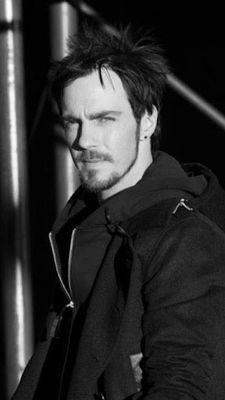 Nothing is known about Max's life before the outbreak

At some point, Max joined The Yard

Max accompanies Maine Ryan and Taz to the Target. Along the way, Max reveals he easily could tell about Maine's relationship with Callum, which forces the former to reveal his bisexuality. When the trio arrive at the Target, Max kills two walkers gnawing on a body. He, along with the other two, discover the executed bodies of Liam, Alex and Callum. When they arrive back, the three, along with Lewis and Kevin, bring Johnny and Richard into the fighting ring. He watches Richard kill Johnny before witnessing Maine shoot Richard in the head

Max is seen with Lewis and Julian discussing staying behind rather than attacking Apex. He later joins the other two and are shown the reanimated corpse of Anthony. Lewis decides to leave with Julian and plans on releasing Anthony, but Max declines the offer to leave

Max is seen inside the building comforting a bitten and dying James while keeping Grease and others from killing the kid. He tears up as he puts James down.

Max is seen in Brooks' trailer with Marcellus and Lottie. He does not agree with Marcellus's plan to overthrow Gregory. He later watches as Gregory kills Marcellus

Max is present during the vote to either stay or leave the Yard. He, along with Jane Byron, Adam McGill and Ryo Osaka vote to leave the Yard. When the overall vote is to stay, Gregory asks if Max will leave, but he says he will stay. He later leaves with Rick, Brooks, Lottie, Adam, Ryo, Grease and Vass to search the nearby Lowe's

Max is sent to clear the Lowe's store while the rest scope the perimeter or get supplies. He kills the only biter in the store before leaving with the others

Max is present with the rest of the survivors in the Yard during the campfire feast. He comments on how the beer is warm but is not disturbed by it. When Amin, Grease and Vass are attacked and Grease is bit, Max and Arrowhead jump to save the three. He is ultimately bit on the arm by a biter he recognizes as Anthony. He tells Arrowhead to leave him and help others. In the aftermath, John is the one shown to finally put down Max

Retrieved from "https://undeadfanstories.fandom.com/wiki/Max_(SGTA)?oldid=209356"
Community content is available under CC-BY-SA unless otherwise noted.