Start a Wiki
PFC Marty is a character in Say Goodbye to America: Scatter
PFC Marty 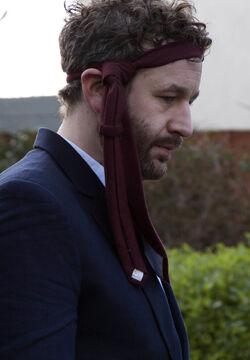 Nothing is known about Marty's life before the outbreak except that he was a Private First Class in the U.S. Army

At the start of the outbreak, Marty stayed in the Soapstone Trail Military Base

Marty first appears in the briefing room arguing with Sergeant Gutierrez and PFC Gunderson. He later appears guarding both the fence when the supply runners return without Major Stuart Montgomery and later when Ilene Wright and Patrizia Torres sneak past him to meet with other survivors. He is later seen when Gary Sanchez sets out to release the dead into the base. After Marty hears a noise while on the tower, he looks down to get his throat slit by Gary and thrown off the tower, where he bleeds out. His body is then dragged to the entrance of the base and devoured

Retrieved from "https://undeadfanstories.fandom.com/wiki/Marty_(Scatter)?oldid=209852"
Community content is available under CC-BY-SA unless otherwise noted.