Start a Wiki
Martita is a character in Say Goodbye to America: Scatter
Martita 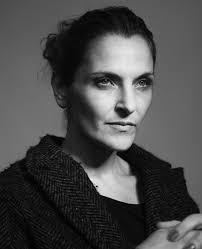 Nothing is known about Martita's life before the outbreak, except that she was from Mexico

At some point, Martita lived in the Soapstone Trail Military Base and was a supply runner

Martita first appears in the briefing room during Major Stuart Montgomery's final meeting. She, Stuart, Captain Lucas McDermott, Private Joseph Jones, Anna Cook and Damian all leave on a supply run. When they return, Stuart is not with them, and it is revealed by McDermott that Stuart was killed in action. Martita later appears as a part of the group planning to escape the base, and collects food with Megan Shorris and Quinn Kane. While gathering food, Martita is shot in the chest by PFC Gunderson after finding out their thievery. She bleeds out on the floor. Later, while Gary Sanchez is running through the base, he finds a reanimated Martita devouring a dead Gunderson. She does not take notice of him due to the blood on his face and torso, so Gary takes the opportunity to stab her in the head.

Retrieved from "https://undeadfanstories.fandom.com/wiki/Martita_(Scatter)?oldid=209847"
Community content is available under CC-BY-SA unless otherwise noted.