Marla is a character in Say Goodbye to America: Scatter 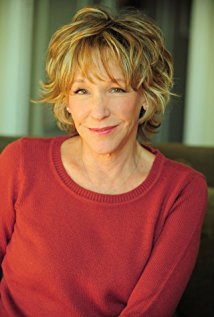 Nothing is known about Marla's life before the outbreak, except that she was a chef at Stan's restaurant and had divorced from her husband

At some point, Marla founded the Waterfront community with Shoshana Adams, Chester, Stan and others

Marla is first seen with Stab when Shoshana comes into the kitchen. She is less enthusiastic about the prospects of meatloaf as everyone else. Marla leaves to thank Brie for bringing the ingredients when she walks in on Brie and Charlie's intimate night. As she leaves, she talks to Arnold a little

Marla is seen in the infirmary with Dimitri Vanderbilt, Nathan, Brie and Keyleigh

Marla is seen bringing food over to Chester and Ivan Petrova, harboring some ill will towards the latter. She is present when Robert shoots at Chester and kills Ivan

Marla is seen in the cafeteria talking with Brie about earlier events. She says that she saw someone pay Robert cash, but then realizes Brie payed Robert to kill Chester. She reaches for a knife but is instead shot and killed by Brie

Retrieved from "https://undeadfanstories.fandom.com/wiki/Marla_(Scatter)?oldid=209364"
Community content is available under CC-BY-SA unless otherwise noted.