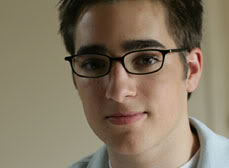 Nothing is known about his life before the apocalypse

At some point in the apocalypse, he joined Todd Andrew's group

After the tragic deaths of Luke O'Hara, Harold Bach and Marlton McClain, Mark, as well as Todd, Rain, Tara and Phillip found a small cul de sac. They were tracked down by walkers and had to make a quick getaway. In doing so, Mark was bit on the neck and ran to hide, where he passed out and turned into a walker

Mark is seen playing cards with Luke, Phillip, Todd and Rain when Harold and Tara appear from the forest with guns drawn. Mark is able to diffuse the tension and allows the pair to enter the camp without firing a single shot

Mark is seen in a flashback with Marlton and Rain talking with Todd and Luke and meeting the pair for the first time. They all agree to go off road instead of towards the city. His zombified corpse is later seen by Todd and the Wanderer, who puts him down for good

Retrieved from "https://undeadfanstories.fandom.com/wiki/Mark_Masterson_(SGTA)?oldid=209358"
Community content is available under CC-BY-SA unless otherwise noted.