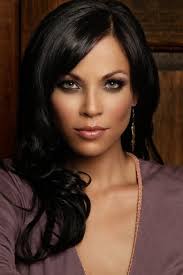 Maria is a character in Say Goodbye to America: Scatter

Nothing is known about Maria's life before the outbreak

Maria is a high ranking member of Gregory's group, seen when she joins him on the journey to the Target.  She is present when Brooks shoots Judy and is told to take supplies from the cars.  She leaves with the rest of the group with Niklas held captive

Although not physically in the episode, Michael mentions how Maria is able to make coffee

Maria walks with the rest of Gregroy's militia towards the Target.  She questions Gregory on where Niklas's home is.  She is present at the Massacre at the Target, where she, alongside Kenzie, shoot and kill the driver before being killed by Warren, Lindsay and Ruben

Maria's corpse is found by Niklas, who puts a knife in her skull

Retrieved from "https://undeadfanstories.fandom.com/wiki/Maria_(SGTA)?oldid=207330"
Community content is available under CC-BY-SA unless otherwise noted.