Start a Wiki
Lulu is a character in Say Goodbye to America: Scatter
Lulu 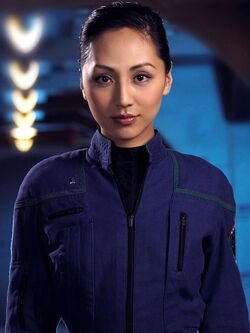 Nothing is known about Lulu's life before the outbreak

Lulu is part of the group that goes to the mission to the mall. She steps out of the car with Spencer, Miles, Julian and Kenneth. Once inside, she joins Spencer and Brooks in the nail salon. She later saves Julian by killing an undead Kenneth before he bites the former

Lulu later joins the rest of the 'B' Squad and takes weapons from Phillip, Todd, Fish and Timothy West. While distracted by gunshots, Lulu is stabbed in the gut by Fish. Without immediate attention, she bleeds out and dies

Retrieved from "https://undeadfanstories.fandom.com/wiki/Lulu_(SGTA)?oldid=207341"
Community content is available under CC-BY-SA unless otherwise noted.