Start a Wiki
Luke O'Hara is a character in Say Goodbye to America: Scatter
Luke O'Hara 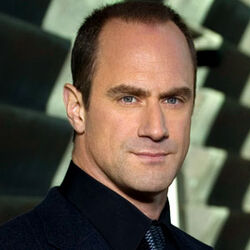 Nothing is known about Luke's life before the outbreak

At some point, Luke joined a camp with Todd Andrews

Luke is seen with Todd accidentally bringing walkers in on them while getting supplies for their camp. He is unfortunately grabbed while escaping and torn apart, devastating Todd

Luke is seen playing cards with Todd, Rain Wong, Phillip James and Mark Masterson when he loses the pot to Todd. He is present when Harold Bach and Tara Friedman enter the camp at gunpoint, and the former aims at Luke. Eventually, the pair are allowed in

Retrieved from "https://undeadfanstories.fandom.com/wiki/Luke_O%27Hara_(SGTA)?oldid=209302"
Community content is available under CC-BY-SA unless otherwise noted.