Start a Wiki
Luka is a character in Say Goodbye to America: Scatter
Luka 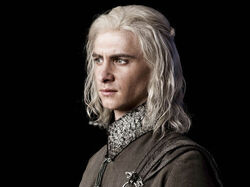 Nothing is known about Luka's life before the outbreak

At some point, Luka joined the Apex community where he started working as a farmer

Luka is seen at Jenny's party with Phillip, Bentley and Kendall talking about foods from before the outbreak they miss the most. He says milk

Luka is seen with Jasper Bernard picking fresh strawberries. He talks with Dimitri Vanderbilt and Eli Wilson when they drive by. He is saddened to hear about Tracy Long's death

Luka is seen working the fields with Jasper, Harper and Deedee

Luka is seen working the fields when Cosmo Murphy, Daisy Montgomery, Joe Jeffries and Peanut attack. His arm is burned when a molotov cocktail hits the crops near him and spreads. He is later seen in Elizabeth's office

Retrieved from "https://undeadfanstories.fandom.com/wiki/Luka_(SGTA)?oldid=207445"
Community content is available under CC-BY-SA unless otherwise noted.