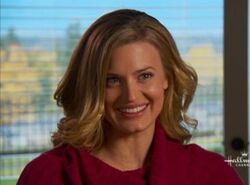 Nothing is known about Lilli's life prior to the outbreak

At some point, Lilli joined the Waterfront Community

Ethan is first seen at the Wiggins Outpost under the command of Leo Henderson. During the attack from the O'Connor Compound, Lilli is seen saving Charles Pinkley from his attacker, allowing Charles to kill them. She then helps Charles get to safety

In the aftermath of the attack on the Wiggins Outpost, Lilli and the others return to Waterfront

Retrieved from "https://undeadfanstories.fandom.com/wiki/Lilli_Munson_(Scatter)?oldid=211074"
Community content is available under CC-BY-SA unless otherwise noted.