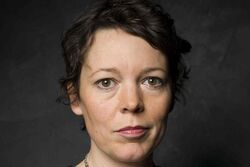 Judy Conrad is a character in Say Goodbye to America: Scatter

Nothing is known about Judy before the outbreak, except that she had two kids and is the ex-wife of Rick

At some point, Judy and her family arrived in the Apex community

She is a member of Leo's group that makes their way to the Target.  She is there placed with Niklas.  The pair scope the aisles for batteries and electronic devices that won't make much noise.  When Carl is attacked in the store, Judy is one of those who run to his aid, but quickly joins others to shoot walkers closing in on them.  She is present when Carl gives his final goodbyes

As the crew is leaving, Otis finds Judy putting an entire box of wine in her car, and tells her not to think selfishly about what she scavenged.  Meredith later finds her, half drunk in the front seat of her van, and loudly berates her for her actions.  Enraged, she breaks the bottle on the side of her car and holds it towards Leo.  She begins to break down about how the wine is her only friend and asks for help. Before she receives help, she is shot in the chest by an unseen Brooks

Retrieved from "https://undeadfanstories.fandom.com/wiki/Judy_Conrad_(Scatter)?oldid=211229"
Community content is available under CC-BY-SA unless otherwise noted.