Start a Wiki
Joshua is a character in Say Goodbye to America: Scatter
Joshua 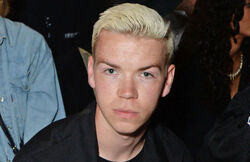 Nothing is known about Joshua's life before the outbreak

At some point, Joshua joined the O'Connor Compound as a guard

Joshua is first seen frightened after Asher Praedo starts a fire on the other corner of the Compound. He tells Victor Montrose he is not allowed to let anyone in or out, which puts a damper on Victor's plans. Victor stabs Joshua in the neck and lowers him to the ground as Joshua looks up at his killer in shock and sadness

Retrieved from "https://undeadfanstories.fandom.com/wiki/Joshua_(Scatter)?oldid=209781"
Community content is available under CC-BY-SA unless otherwise noted.