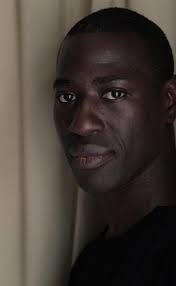 Nothing is known about Jones's life before the outbreak, except that he was a Private in the U.S. Army

At the start of the outbreak, Jones stayed in the Soapstone Trail Military Base

Jones first appears in the briefing room being signed up to join the supply run by Major Stuart Montgomery. He returns with the runners without Stuart and says the dead took him. He later appears with Captain Lucas McDermott, who took charge after Stuart's death, and PFC Gunderson talking about Gary Sanchez and Ellis's injuries on their way to see Dr. Harold Martin. He and Gunderson leave McDermott alone with Dr. Martin but immediately re-enter once they hear gunshots. Jones is last seen watching Gary run by him in the corridor, turning a corner and getting devoured by the undead

Retrieved from "https://undeadfanstories.fandom.com/wiki/Joseph_Jones_(Scatter)?oldid=209853"
Community content is available under CC-BY-SA unless otherwise noted.