Start a Wiki
Jack West is a character in Say Goodbye to America: Scatter
Jack West 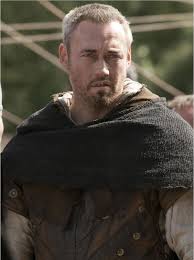 Nothing is known about Jack's life before the outbreak

At some point, Jack joined the Apex community with his brothers Ryan and Timothy

Jack appears at Jenny Hanson's party with his brothers talking with Todd, Eric, Garrett and Hannah.

Jack appears with his brothers at Jenny's service for Judy. The three ask her if she will be joining for a movie night that Friday.

Jack appears when the rest of the survivors return from the mall, although he walks away before he can learn of Timothy's death

After learning of Timothy's death and Fish's disappearance, Jack sits in his house alone. In the middle of the night, in anguish, Jack punches a hole into his wall and is visited by Phillip James, Lysander and Miranda, the latter of whom agree to stay with him so he is no longer lonely

Jack takes part in the attack on Apex from The Yard, and in the aftermath is against Elizabeth helping Will Knight

Jack appears with Annie and Eddie Hedd when Niklas attacks Nils. in the infirmary after Nils is stabbed and questions who Lewis Edwards and Julian Watts, new arrivals, are

Jack appears on the Apex streets with Eddie

Jack appears with Eddie on guard duty, wondering when the group at Waterfront will return. He is later seen bringing food up to Niklas, who remains locked away

Jack heads off with the Lewis, Leo Henderson, Nils and others in search of medical supplies. He partners up with Luka but is separated when Luka falls through the floor and into the basement

Jack is sent by Leo to grab Elizabeth, Lewis, Julian, Nils and Stan in search of Luka. The group searches for Luka and find him being interrogated by Roscoe Jefferson and Charles Pinkley of the U.S. Army

Jack takes part in the stand for the Waterfront, where he helps and injured Train after the latter is shot

After Cassius Killian tells the Apex survivors to join him, Jack stands defiant with Leo and Lewis

Jack sits with the rest of the Apex survivors in Jenny's house. He later takes part in the attack on Apex and is heartbroken to hear of Fish's disappearance after the attack

Jack sits with the other survivors of the previous night. He angrily yells at the others over his brother's capture and leaves before Jenny walks in. After Noah reveals Fish's death in a gruesome way, Jack surprisingly shoots a captive Mick Karn in the back of the head. Jack then picks up a packed bag and leaves Apex

Retrieved from "https://undeadfanstories.fandom.com/wiki/Jack_West_(SGTA)?oldid=211225"
Community content is available under CC-BY-SA unless otherwise noted.