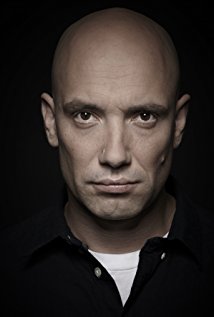 At some point, Ivan joined the Waterfront community

Ivan is first seen with Ronnie as they ascend the clock tower during the Midnight Rebellion. He catches Wesley, the slightly deaf bell operator, and savagely beats him to death before joining Ronnie in the clock tower. He is later seen being held captive by Milo and two other men.

Ivan is seen being interrogated by Chester Navarro revealing he can not be scared into giving information. In exchange for freedom and his job back, Ivan reveals information and gives Chester suggestions on what to do next

Ivan is seen with Barney Munson being asked about the Midnight Rebellion and if anyone outside the main area had been a part of it. After dancing around the answer, Ivan reveals Jared was a member as well

Ivan is first seen in the cafeteria with Chester, having patched things up since the former's release, although neither Reina nor Richard Harris agree. Marla eventually gives him a hard time, but Chester has her back off. Eventually, Robert causes a ruckus and fires at Chester, but Ivan instead takes the bullets. He imparts some words of wisdom to Chester before dying and being put down

Retrieved from "https://undeadfanstories.fandom.com/wiki/Ivan_Petrova_(Scatter)?oldid=209322"
Community content is available under CC-BY-SA unless otherwise noted.