Start a Wiki
In a Day 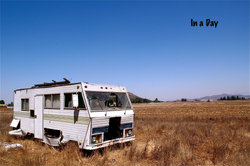 Six survivors have to face the biggest horde yet, and try to survive 24 hours in the middle of it.

Each issue will be seen from a character's point of view.

Kaffe4200 wrote the first three issues, but soon after the story was handed over to WalkerMage102 to write the last 15 issues.

Retrieved from "https://undeadfanstories.fandom.com/wiki/In_a_Day?oldid=147241"
Community content is available under CC-BY-SA unless otherwise noted.