Start a Wiki
Horace is a character in Say Goodbye to America: Scatter
Horace 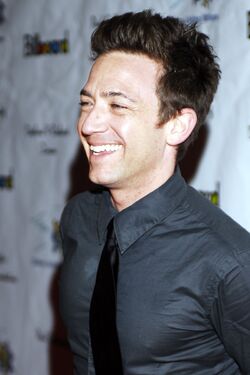 Nothing is known about Horace's life before the outbreak

At some point, Horace joined the Apex community

Horace first appears nearby Train when the latter asks him to help carry in an unconscious Maine Ryan. He kills two walkers before carrying Maine into Elizabeth Hill's office. He helps her try and keep him alive. He is later seen atop the wall when Gregory and the Yard soldiers attack

Horace is shot by Cameron Doyle in the chest and drops hard on the ground. He looks to Elizabeth Hill asking for help before dying. She later reveals she put him down

Retrieved from "https://undeadfanstories.fandom.com/wiki/Horace_(Scatter)?oldid=207391"
Community content is available under CC-BY-SA unless otherwise noted.