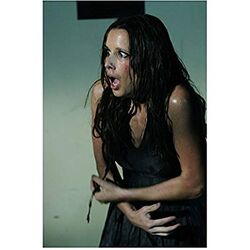 Nothing is known about Hannah's life prior to the outbreak, except that she was a college professor

At some point, Hannah made a home in her university's med school with a few students

Hannah first appears with Jarrod Davis and Eli Wilson after Fish West fires a shot at Roger Fester, Andrew Marino and J.D. Eisbach. She is hesitant to believe Fish's story about a pregnant friend in need of medicine and is against Sergeant Gutierrez's suggestion of moving to Apex

Roger will appear in this episode

Retrieved from "https://undeadfanstories.fandom.com/wiki/Hannah_Thompson_(Scatter)?oldid=211097"
Community content is available under CC-BY-SA unless otherwise noted.