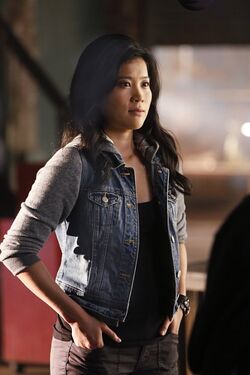 Georgia is a character in Say Goodbye to America: Scatter

Nothing is known about Georgia's life before the outbreak

Georgia first appears during the Massacre at the Target, where she tosses Lewis a second gun.  She is later shot in the head by Warren Smith

Retrieved from "https://undeadfanstories.fandom.com/wiki/Georgia_(SGTA)?oldid=207332"
Community content is available under CC-BY-SA unless otherwise noted.