Start a Wiki
Ellis is a character in Say Goodbye to America: Scatter
Ellis 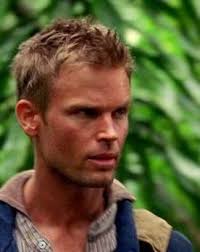 Nothing is known about Ellis's life before the outbreak

At some point, Ellis joined the Soapstone Trail Military Base as a wrangler for Dr. Harold Martin and sometimes keeping watch

Ellis first appears in the briefing room during Major Stuart Montgomery's final meeting. He is later seen that night on guard duty when the supply runners return without Major Montgomery. He is told to get everyone inside the briefing room to hold a meeting. Ellis appears with Jason Herr, Gary Sanchez and Addie on wrangler duty when one biter bisects itself on the gate, spraying blood on Ellis's face and causing him to lose his grip on the biter he holds, which bites into Addie. Ellis himself is bitten on the ankle by the bisected biter on the ankle and taken inside, where he loses his leg. He is later seen reanimated when Captain McDermott talks with Dr. Harold Martin. After the Captain kills Dr. Martin for allowing Ellis to be bitten for science, the Captain kills the reanimated Ellis along with the other undead

Retrieved from "https://undeadfanstories.fandom.com/wiki/Ellis_(Scatter)?oldid=209845"
Community content is available under CC-BY-SA unless otherwise noted.