Start a Wiki
Eli is a character in Say Goodbye to America: Scatter
Eli 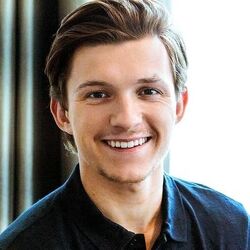 Nothing is known about Eli's life before the outbreak

At some point, Eli joined the Apex community as a member of the farming community

Eli joins the group on the mission to the mall and rides with Bentley, Timothy West and Nathan. Once there, he fights off walkers with the latter two and Dimitri. Eli has his finger bitten off by a walker and is carried away by West.

Eli wakes up after passing out in Tracy's Hyundai alongside Dimitri.

Eli is seen talking to Jasper Bernard, Luka, Harper and Deedee about the farming community. He is later seen in Elizabeth Hill's office with Kendall Standish

Eli is seen in his house with Oliver in the bathroom. The pair hear the gunshot from Gregory's armada.

Eli is seen saving Harper from Joe Jeffries and Peanut by shooting them both, killing the former. He makes Peanut walk into Apex at gunpoint

Eli is seen watching when Maine Ryan wakes up in Elizabeth's office. After releasing Peanut and looking away, Peanut takes the gun and Eli hostage and demands to be led out of Apex. Peanut takes supplies and the two leave

Eli is seen with Peanut, having finally reached the wall. The pair talk for a while, with Peanut revealing his actual name before hopping the wall. They promise, if they see each other again, to not fire on each other. Peanut gives Eli advice on names and hops the wall. Eli watches as he tosses the gun back over. He walks back to his house where he is introduced to Nils and Izabel

Eli is in his house with Oliver, Nils and Izabel discussing the Yard. He suggests Nils tell Jenny Hanson about his theory of Gregory Ames returning.

Retrieved from "https://undeadfanstories.fandom.com/wiki/Eli_Wilson_(Scatter)?oldid=207908"
Community content is available under CC-BY-SA unless otherwise noted.