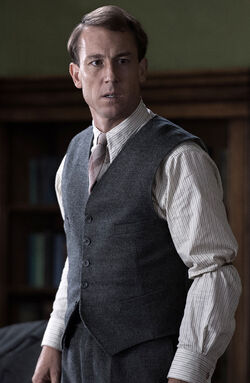 Nothing is known about Dustin's life before the outbreak

At some point, Dustin joined the Waterfront Community

Dustin is present during the Midnight Rebellion, where he is seen held captive with Gina after the death of Judas

Dustin is seen being interrogated by Chester Navarro, revealing he did not join the rebellion by choice, rather because Ivan Petrova made him do so. He is taken out of the room by Nate Demarco before being seen riding with Gina and Blake Miller to Apex

Retrieved from "https://undeadfanstories.fandom.com/wiki/Dustin_Hammond_(Scatter)?oldid=208769"
Community content is available under CC-BY-SA unless otherwise noted.